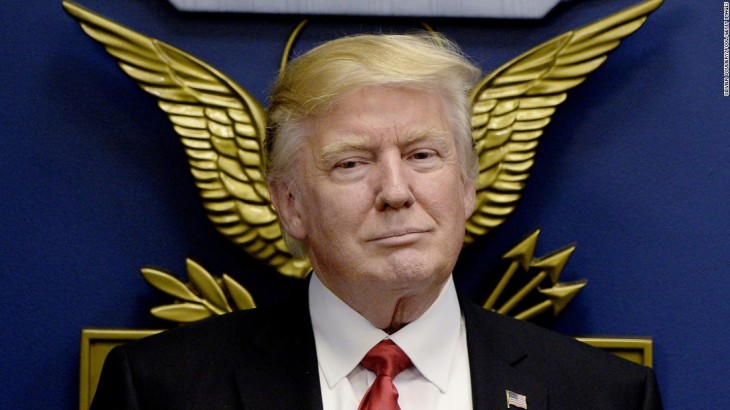 It’s only been six months since Trump was inaugurated, in front “the largest audience ever to witness an inauguration, period, both in person and around the globe” or as the New York Times put it, a crowd “of about one-third the size of Obama’s” (take your pick). Anyway, six months on and it appears as if the President could be becoming a ‘lame duck’, a phrase usually reserved for second term Presidents. With poor decision making and PR failures pilling-up on top of each other faster than Clinton’s 2016 primary campaign, the President is appearing to don a new look – that of political impotency.

Inability to exercise political capital is clearest in the President’s lack of control over Congress. Trumps’ attempt to make good on his promise to repeal and replace ‘Obamacare’ flat-lined, and in the process did something his predecessor never could, make the Affordable Care Act popular.

Instead of signing the bill he had often promised his red hat sporting crowds, the President has been forced – like a toddler moaning about the inevitability of his own bedtime – to agree to sign his first major piece of legislation. A bill that not only serves to curtail his Presidential powers, but one that also increases sanctions upon, among other countries, Russia… a country he campaigned on bettering relations with.

After overwhelming bi-partisan support in both houses of Congress (98-2 in the Senate and 419-3 in the House), the President was caught in a real catch-22… Sign the bill and risk offending Vladimir Putin (and whatever alleged deal that may have been desired), or veto the bill (which certainly would have been overturned), and strengthen speculation surrounding suspected collusion. The President was backed into a corner, and had to put his name to what he considers “significantly flawed” legislation with “significant” reservations. These words to Russia however, strike the political equivalent of a busted cheating partner claiming “it’s a one-time thing, I was thinking of you the whole time!”

This latest bi-partisan action is significant for one key reason… it’s an overwhelming sign to the Administration that Congress does not trust the President. Neither the Democrats nor the Republicans feel the President is reliable enough to be in control over the sanctions placed on a foreign country. These sanctions passing into law have done to Trumps control over foreign policy what endless sequels have done to the Pirates of the Caribbean franchise, turned into a poorly scripted crippled farce! If President Trump is able to come to an agreement with Putin over issues such as Ukraine, Congress will now have to give its blessing to remove the sanctions. Trump will now negotiate with Russia with his hands tied behind his back… now he may or may not have smaller than average hands – we can all agree that he definitely now has a smaller than average Presidential leverage…

So with this latest bi-partisan signal of low confidence providing evidence to support the rumours that the GOP may leave the Donald in the dust as the administration finishes itself off like Thelma and Louise, is there hope to restore the President’s political capital? Well, the answer may lie in new Chief of Staff General Kelly, the GPS which could steer Trump from the tangent of bad PR terrain that he’s currently on, and onto the smoother road of government with actual direction.

Currently General Kelly’s presence is looking as if he may be able to provide the discipline and structure to a White House policy and PR that it sorely needs. Axios reports that Trump’s Cabinet meetings are now not only shorter and on topic, but that in his attempt to impress the ex-four star general, Trump has become much more ‘sharp’ and now likes to use statistics when talking.

If certain reports are to be believed, Trump is being politically babysat, with an informal arrangement between Secretary of Defence Mattis and Kelly agreeing that at least one of them must be in the White House at all times so as to track orders and ensure the White House is functioning as it should, the lifeguards to an administration trying to tread water in the ocean of political policy.

Trump vowed to “drain the swamp” of the Washington elite – now unfortunately he is appears to be completely “bogged down” in a cess pit of PR and policy gaffes of his own making. For the good of the USA and the world, let’s hope the talents of Kelly and Mattis can move Trump from acting like a ‘lame’ Donald Duck to the competent Commander-in-Chief that he promised to be.